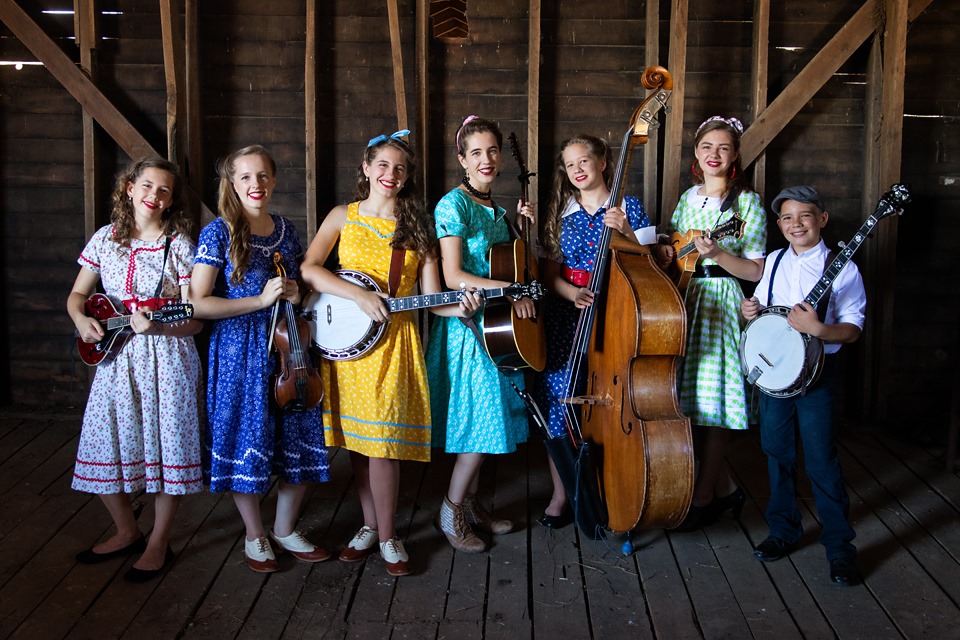 Echo Valley has been entertaining people of all ages since 2009 with their variety of traditional bluegrass, gospel, Celtic, and folk styles. With their unique blend of six sisters and one brother, this group impresses with their superb stage presence, musicianship, sibling harmonies and multi-instrument talents. Audiences are captivated with Echo Valley’s fun-filled shows, and multi-instrumental talents.

Echo Valley has played for major bluegrass festivals in western Pennsylvania, including the Three Rivers Arts Festival in Pittsburgh, St. Joseph’s House of Hospitality Charity Bluegrass concert, and Coleman Station. In the summer of 2017, they performed with The Farm Hands, and opened for Michael Cleveland & Flamekeeper, at Coleman Station!

In 2018, the siblings had the thrill of performing in Dollywood, at the Barbeque and Bluegrass festival. The band’s self-titled debut album came out in April 2016 and their second album, “Rise and Shine”, was released January 2018. When not out performing, the siblings are hard at work on the family farm in western Pennsylvania.