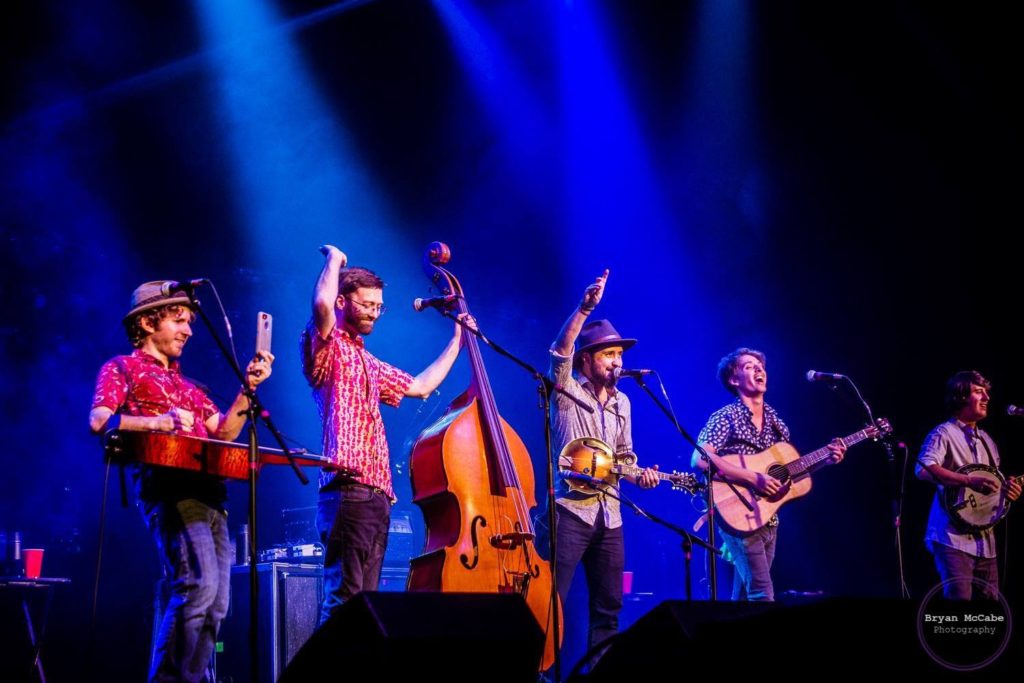 Quickly blazing a name for themselves with their progressive approach to American folk music, Fireside Collective delights listeners with memorable melodies and contemporary songwriting.

Formed in the mountain city of Asheville North Carolina, the band plays original songs on stringed instruments, intended for a modern audience. Following the release of their debut album “Shadows and Dreams”, the band hit the road seeking to engage audiences with their energetic live show built on instrumental proficiency, colorful harmonies, and innovative musical arrangements.

What do you call their music? “Bluegrass, Newgrass, perhaps Progressive folk…” These are some descriptions mandolinist and songwriter Jesse Iaquinto chooses to identify the band’s music. While roots music lies at the core of the Fireside Collective’s songs, a willingness to explore the boundaries and present relevant new material remains fundamental. Their music weaves bluegrass, funk, rock, and blues influences into a refreshing representation of modern folk music.

Whatever the musical taste of the listener might be Fireside Collective will serve up music that satisfies any palate.