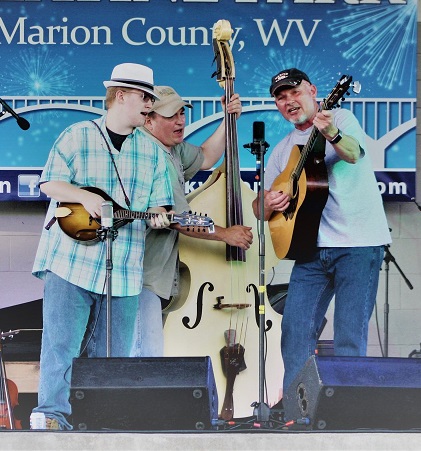 Sixteen-year-old Silas is a 5th generation picker from the small town of Salem, WV. He is quite talented on a variety of instruments, but the mandolin is his passion. The Powell Family Band of Doddridge County, WV, features 3 generations of musical talent. Silas Powell, his father, Josh Powell, and Jeff Powell, his grandfather. The Powell Family Band delivers a fresh and exciting sound, which includes traditional Bluegrass Band, but plays a wide variety of Bluegrass from Gospel to New Grass.

Silas has become well known for his unique style of Monroe Mandolin pickn’ but he can also play fiddle, guitar, and banjo! He is a 4 time Junior Champion of the State of Maryland, and at twelve years old he took 2nd place in the Maryland state adult division, plus a top 5 finish in the West Virginia State Championship adult division. At 10 years old Silas was awarded 4th place in the adult division of Monterey Virginia’s old time fiddlers convention. Showing some of his diversity on other instruments Silas was also awarded 2016 State of West Virginia Junior Flatpick Champion and 2nd place playing the fiddle at the Appalachian old time fiddlers championship held at the West Virginia University.