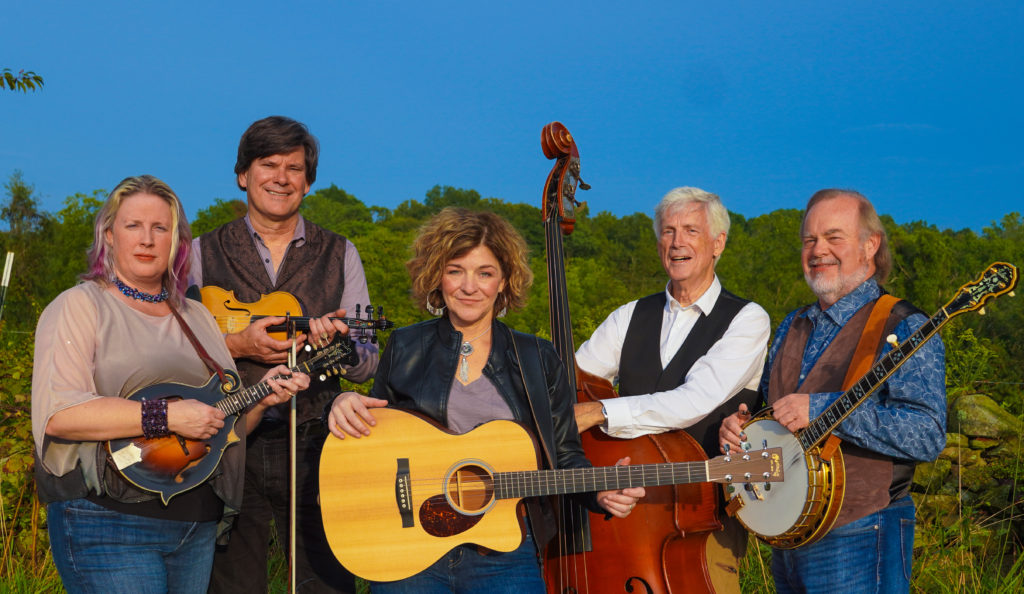 Valerie Smith has developed a unique style and sound that has rocked the bluegrass world for almost two decades, with a string of national and international tours, critically acclaimed recordings, and Grammy, IBMA and Dove Award nominations. Val’s vocals are impressive. She has a staggeringly expansive range and the ability to portray an amazing array of emotion. As NPR radio host Dave Higgs, has noted, “She can be sassy, sultry, siren-like, sweet, smooth, soothing and smoldering—sometimes during the span of just one song!”

Valerie Smith and her East Coast-based band, Liberty Pike are consistent audience pleasers and skilled musicians. Liberty Pike features legendary Bluegrass Hall of Famer, Tom Gray, on bass, and Joe Zauner on guitar and banjo. The last two members of the band are husband and wife. Lisa Kay Howard, a 25 year bluegrass veteran, sits in on mandolin, and her husband, Wally Howard, plays fiddle & dobro. When Valerie walks onstage with her fabulous band, expect to be inspired, amused and thoroughly entertained.

Valerie and her band have appeared on several television shows, including Ronnie Reno’s television numerous times, including performances on Reno’s Old Time Country Music on RFD, Bluegrass Underground, and Song of the Mountains, both on PBS.

When you listen to Valerie’s unique voice, you can hear influences from bluegrass, blues, gospel music and even Broadway show tunes.