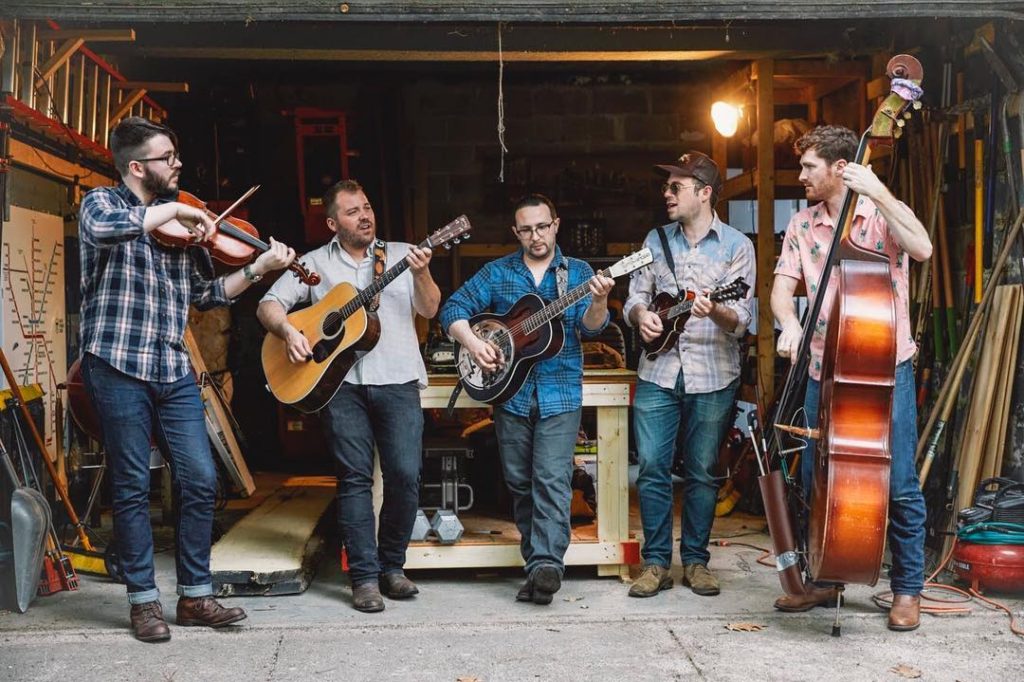 Grain Thief is a 5-piece Americana string band from Boston, MA. The group comprises Patrick Mulroy (guitar, vocals), Zach Meyer (mandolin, vocals), Michael Harmon (bass, vocals), Tom Farrell (lead guitar), and Alex Barstow (fiddle). Their debut EP Animal was recorded and released in November 2015. The record showcases the band’s roots in folk, bluegrass, and old-time music. In 2017, the band began a residency at the Burren pub in Somerville, MA and continues to entertain the Wednesday crowds to this day.

From their perch in Massachusetts, the band has toured heavily in New England and made forays to the West, South, and East Coast. The recording of Animal’s follow-up to Stardust Lodge began in April 2016 and finished a year and a half later. Mulroy’s lyrical approach to the album is met equally with songs of loss and regret, and the struggles of the everyday working man with a satirical twist. The arrangements and instrumentation represent a departure from Animal’s bleak simplicity with the band showing more leg.

With a new record out and shows booked throughout the country, the band has a long road ahead to cruise, including their debut at Grey Fox 2019.